From ancient relics to awe-inspiring natural wonders, here is a list of the lesser-known UNESCO World Heritage sites

Currently, there are 1,092 World Heritage Sites recognised in 167 countries across the globe. In 2018, China overtook Italy as having the most recognised UNESCO sites, with 53 on the list.

Some of the most famous World Heritage Sites include the Taj Mahal, the Pyramids of Egypt, Machu Picchu, the Great Barrier Reef, the Great Wall of China and the Grand Canyon. These are all incredibly popular travel destinations and attracting a high volume of tourists, so much so that authorities at some sites have taken steps to restrict access and impose fees. Venice, for instance, plans to impose fees from €2.50 to €10 per person per day to combat mass tourism and its impact on the city.

Not every UNESCO site has managed to attract big crowds, however, with some remaining well-kept secrets that are untarnished by globalisation and tourism. In this article, we aim to share 18 stunning sites that the hordes of tourists have not yet caught onto. 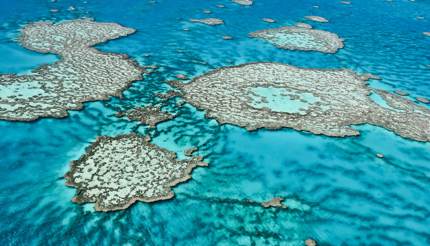 For keen hikers, check out the spectacular Tongariro National Park in New Zealand, the first site to be inscribed on the UNESCO list under the revised criteria describing cultural landscapes – this park is recognised for its important Maori cultural and spiritual associations as well as its nature trails and beautiful volcanic landscape. 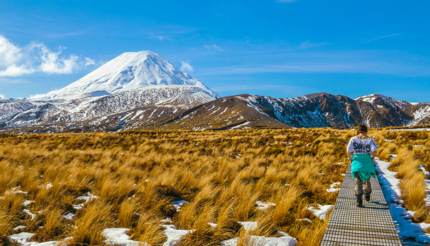 Durmitor National Park in Montenegro is still relatively unknown and boasts some of the deepest gorges in mainland Europe – making it a challenging adventure for thrill seekers and nature lovers. 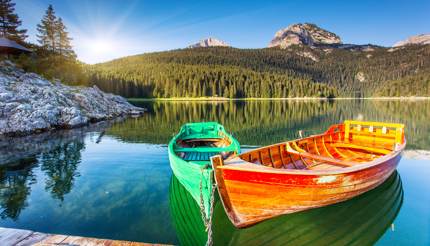 Alternatively, join the pilgrims on the Routes of Santiago de Compostela (St James’s Way) which stretch from France to Spain and include a network of four intricate trails. In 2015, UNESCO agreed to a scenic extension called the ‘Camino de Santiago routes of northern Spain’ running from Irun near the French border to the magnificent Cathedral of Santiago de Compostela. 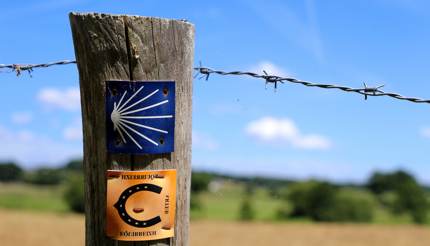 There is plenty to see below the surface of the earth too.

Located 77km (48 miles) southwest of Ljubljana in Slovenia, Škocjan Caves is an exceptional system of limestone caves boasting 26 underground waterfalls and the largest subterranean canyon in Europe (146m/479ft high). Wear comfortable shoes as there are plenty of steps, and pack a sweater as the average temperature is 12°C (54°F) in dry areas and much cooler in sections with flowing water. 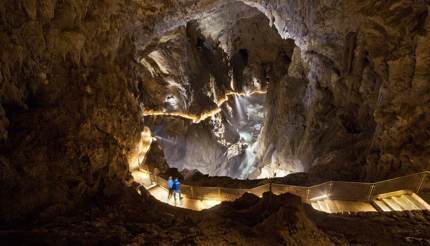 Alternatively, head to the Wieliczka Salt Mine located 14km (9 miles) southeast of Kraków in Poland. Here, you can get lost in the winding corridors of this former 13th-century salt mine, with over 2km (1.2 miles) to explore underground. Tourists can take a 3-hour guided tour and immerse themselves in the history of the Salt Mine’s complex network and its various purposes, most recently as a manufacturing facility under the occupation of Germany in World War II. 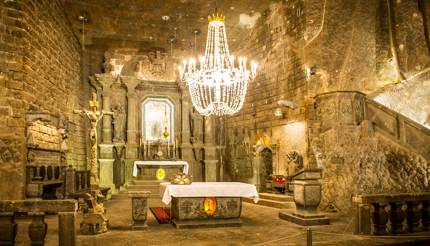 Chapel in Wieliczka Salt Mine

Located in the central part of the Baja California peninsula and consisting of two lagoons (Ojo de Liebre and San Ignacio), the Whale Sanctuary of El Vizcaino is an important reproduction and wintering site for grey and blue whales. The site also attracts seals, sea lions and is home to four species of endangered turtles, making it a veritable treasure for aquatic fauna. 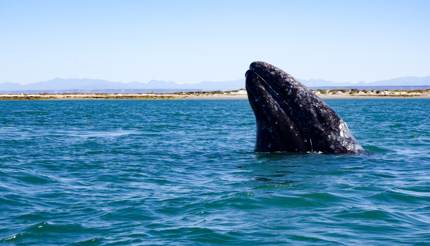 Back on terra firma, Simien National Park in Ethiopia is home to the Gelada ‘bleeding heart’ baboons. Coming face-to-face with a troop of these fascinating creatures is almost guaranteed so bring a camera. The park is also home to Walia Ibex (mountain goats with arching horns) and Ethiopian wolf, both of which are endemic to Ethiopia.

You can also explore the Thungyai-Huai Kha Khaeng Wildlife Sanctuaries located 300km (186 miles) northeast of Bangkok. This huge park is home to the largest population of tigers in Thailand and is also a prime destination for ornithologists and keen bird-watchers.

Further west, birdwatchers can also rejoice at Danube Delta in Romania, Europe’s largest and best-preserved delta which plays home to over 300 bird species, including cormorants, white-tailed eagles and glossy ibises. The bird watching season is from early spring to mid-summer. 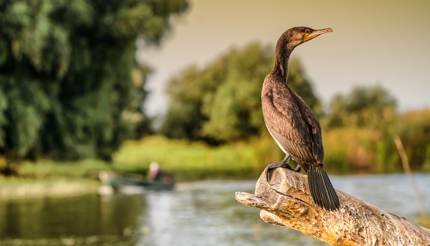 Cormorant in the Danube Delta

Best for families with young kids

Head for Shark Bay in Western Australia: Don’t let the name scare you off. With its vast sea-grass beds (the largest and richest in the world), Shark Bay is the ideal location for a family outing, where you and the kids can observe large numbers of dugongs (sea cows), as well as sharks, Australia’s more infamous sea-life.

The Komodo National Park in Indonesia is another great option for a family-friendly getaway. Spanning 29 islands, it is home to 5,500 Komodo dragons, the world’s largest lizard species. Although the visitor number is still less than 200,000 tourists a year, talks to combat tourism have already begun, so time is of the essence if you want to visit this natural wonder. 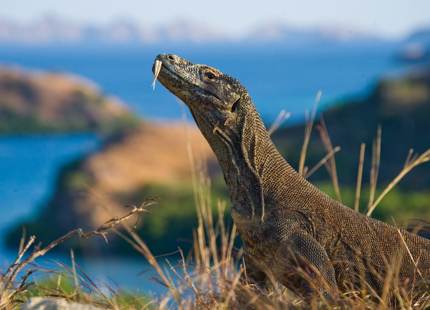 Komodo dragon sitting on the ground in Komodo National Park

The Cape Floral Region in South Africa is an obvious choice for those passionate about plants and nature. One of the richest areas on Earth for flora, it represents less than 0.5% of the area of Africa but is home to nearly 20% of the continent’s plant species.

If you prefer gardens to the wild, visit the Classical Gardens of Suzhou in China, where masterpieces of the Classical Chinese garden design genre can be found. 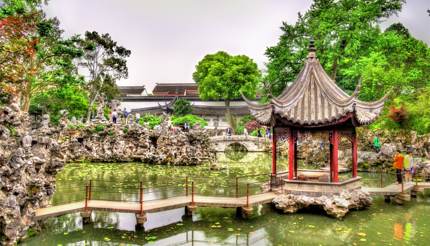 While the Palace & Park of Versailles outside Paris and Schönbrunn in Vienna are drawing millions of visitors a year, Kronborg Castle (also known as Elsinore) in Denmark, is a hidden gem that offers as much architectural beauty as its counterparts. For literary buffs, the question is to be or not to be, as Kronborg is the setting of Shakespeare’s Hamlet, you can indulge your passion for the classics while revelling in the mystique of the beautiful palace. 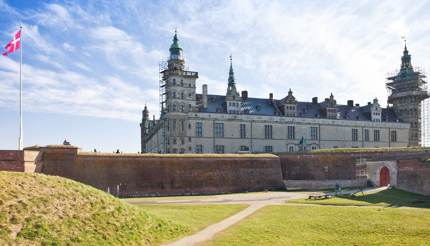 Quito, the capital of Ecuador (perched 2,850m/ 9,350ft above sea level), has the best-preserved, least altered historic city centre in Latin America and sits magnificently at the foot of the Andes. If it’s a mixture of urban intrigue and natural beauty you’re after, Quito is not to be missed.

Georgetown in Penang, Malaysia is a living testimony to the nation’s multi-cultural heritage thanks to its longstanding position as a colonial seaport. Dive into the city’s captivating energetic centre and keep a lookout for its many quirky murals and street art. 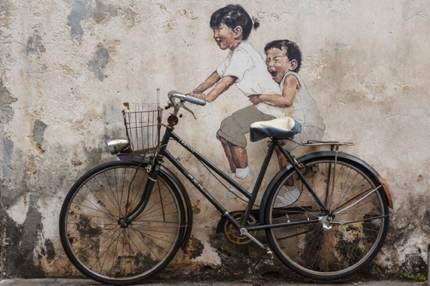 Wall art of a brother and sister riding a bike

The Alhambra in Granada, Spain, from which Moorish monarchs ruled over Andalucia throughout the 13th and 14th centuries, is one of the most culturally rich and exquisitely decorated attractions on UNESCO’s world heritage site list. 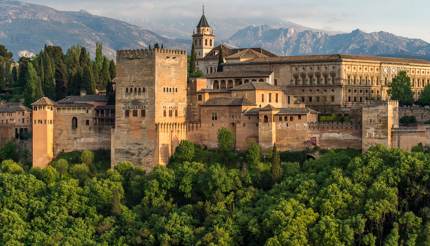 L’Anse aux Meadows (Canada) is an archaeological site that is evidence of the first Viking settlements in North America. A drawcard for history enthusiasts the world over, it is the only confirmed Norse site on the continent’s mainland and tells of the incredible feats of the Vikings and their pursuits of conquest and exploration. 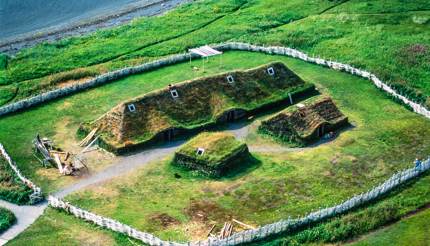 The future of UNESCO

The UNESCO project is an ongoing initiative that seeks to protect and preserve the world’s most valuable culturally significant resources. Many sites currently listed are being threatened, particularly natural heritage sites at risk of environmental damage.

The Great Barrier Reef is one such example of an ‘at risk’ landmark that is being jeopardised by the impacts of climate change. So too is the Garamba National Park, with recent reports of a substantially reduced Northern White Rhino population indicating that wherever you are in the world, just because you’re a designated World Heritage listed site, you’re not immune to adversity.

It’s therefore important to note that UNESCO’s work is a tireless process, and by naming these sites on their list, they’re attempting to raise awareness about their value in the hope that the greater community will assist in campaigning for their preservation.

There’s no doubt that many will want to ensure that they can see some of the World’s Heritage Sites before they disappear, but being privy to the ways in which we can help is more important. If you’re interested in playing a part in saving some of these landmarks, as well as preserving the integrity of other notable landmarks that aren’t yet currently listed, then read this article on Responsible Travel and find out how you can reduce your environmental impact when enjoying some of the world’s most stunning locations. 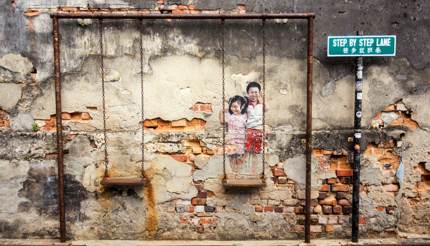 Brother and Sister on a swing artwork

The complete guide to smoking marijuana in Amsterdam coffeeshops

10 of the best coffeeshops in Amsterdam

Take a cultural city break in Europe by rail

The 20 greenest destinations on Earth

Can Vistabella, a restful escape in Ibiza

This is an alert